Certified Public Accountants have countless ethical responsibilities to their clients. The American Institute of Certified Public Accountants (AICPA) Code of Professional Conduct is almost 200 pages long, containing detailed and dense descriptions of the many ways in which CPAs can put themselves in danger of losing their professional license and their career. But one of the most dangerous provisions in the code for CPAs is one that can encompass a wide range of professional – and personal – indiscretions: “acts discreditable to the profession.”

Such acts are prohibited in Section 400.1 of the AICPA Code of Professional Conduct. Similarly, an “act discreditable to the public accounting profession” is considered unprofessional conduct under the Illinois Public Accounting Act that could subject a CPA to disciplinary action by the Illinois Department of Financial and Professional Regulation (IDFPR).

But what kind of acts bring discredit to the accounting profession? Are they limited to a CPA’s performance of their professional engagements, or can they extend into private decisions or actions that do not directly relate to the services they provide clients? These open questions, and the broad contours of the rule, should give every CPA pause as they evaluate their conduct in all spheres of their life.

The AICPA Code does not clearly define what constitutes “acts discreditable.” However, it does provide specific examples of such conduct, most of which are relatively obvious and baseline ethical violations that relate to work performed for clients or their professional interactions with the public generally, such as:

But Section 400.1 of the code also specifically identifies proscribed conduct that does not directly relate to their services for or interactions with clients, government bodies, or the general public. Instead, they involve personal choices and behaviors that, according to the AICPA, reflect poorly on – and bring discredit – to the profession as a whole:

These specified personal transgressions seem like no-brainers in terms of exposing a CPA to licensing and ethics trouble. The problem is that AICPA has left the door open for the possibility that other personal conduct could constitute an “act discreditable.” And state licensing bodies have shown that they have no problem walking through that door.

A 2016 study looked at how “social crimes,” that is, those that do not directly involve a CPA’s performance of their professional duties, are often the basis for disciplinary action. Such acts include driving under the influence, nonpayment of child support, and drug possession. These violations comprised 10.3 percent of the disciplinary action taken by state boards of accountancy in California, Illinois, New York, Texas between 2008–2014.

Other federal or state convictions, including financial felonies and misdemeanors unrelated to professional engagements, make up 27% of the disciplinary actions. These include such things as money laundering, drug dealing, immigration fraud, and assault.

But if something like driving under the influence, as serious a transgression as it may be, brings “discredit” to the accounting profession, it raises the possibility that other conduct equally unrelated to the actual work of a CPA could be the basis of professional discipline. For example, if a CPA was involved in the attempted coup and terrorist attack at the Capitol on Jan. 6, would that be a “discreditable act” regardless of any criminal charges? Even the possibility of such blowback should make CPAs think long and hard about their actions, even when they are off the clock.

If you are a CPA, the moment the IDFPR contacts you is the moment you should contact me. I will immediately begin communicating with IDFPR prosecutors and work with you to develop the strategy best suited to achieving the goal of an efficient, cost-effective outcome that avoids any adverse action. Together, we will get you back to your clients and your career.

Please give me a call at (312) 236-2433 or fill out my online form to arrange for your free initial consultation. I look forward to meeting with you.

The Internal Revenue Code contains three times as many pages as it did in 1980. There are four times more accounting standards and five times more auditing standards than there were the year Ronald Reagan was elected president, according to the American Institute of Certified Public Accountants (AICPA). During that same 40-year span, technology has fundamentally changed not only the accounting profession but every business and industry that it serves. Nevertheless, CPA licensure standards and requirements have barely changed since the time when fax machines were the epitome of cutting-edge technology.

That appears poised to change. Working with the National Association of State Boards of Accountancy (NASBA), the AICPA has proposed a dramatic reconceiving of what new members of the profession need to know, understand, and demonstrate competence in.

Part of the groups’ CPA Evolution initiative, the proposed standards come after they received over 2,000 comments throughout the latter half of 2019 in response to their release of five guiding principles to inform the creation of a new licensure model last summer. Those comments overwhelmingly supported a rethinking of CPA licensure, including the need for a regime that put a larger emphasis on technology skills and knowledge and required new CPAs to demonstrate strong core competencies in the basics of the profession.

The proposed standards are based on a “core + disciplines” licensure model. The core consists of deep and strong training and testing in accounting, auditing, tax, and technology that all candidates would be required to complete. Each CPA candidate would then select a specific discipline in which they demonstrate even deeper skills and knowledge. Those disciplines include:

Regardless of which discipline a candidate chooses, the new model will result in full CPA licensure, with the same rights and privileges as any other CPA.

The NASBA and the AICPA believe that the new licensure standards will “future-proof” CPAs as the profession and the technology that it utilizes continue to evolve. The groups expect to finalize the new model this summer, followed by a sustained multi-year effort to implement the new licensure standard across the country. If the proposed core + disciplines model is ultimately adopted, it likely will result in changes to the Uniform Accountancy Act and Model Rules, implementation of new professional education requirements, and the creation of a new Uniform CPA Examination.

We will keep abreast of the progress of this initiative and provide updates as events warrant. 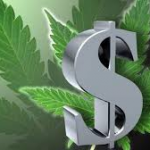 $44 billion is a lot of green. That is also the amount of revenue the legal marijuana industry is expected to generate in the U.S. by 2020. As more states permit by ballot initiative or legislation either the medical or recreational sale and use of pot, complex regulatory and taxation regimes have been established to keep tabs on growers, distributors, and dispensaries.

Complicating things even more is the fact that most legal marijuana businesses operate on a cash only basis since pot remains classified as a Schedule I controlled substance at the federal level.  But all that cannabis cash needs to be accounted for, and CPAs across the country find themselves in high demand by the marijuana industry, raising questions about whether providing accounting services for businesses which technically violate federal law raise any ethical or licensing issues.

Accounting boards in many states with established medical or recreation marijuana programs have weighed in on the matter, largely concluding that providing services to a state-legal marijuana enterprise is not in and of itself problematic or a basis for disciplinary action. All state boards who have issued opinions on the subject emphasize that all other applicable professional standards must be adhered to, caution about possible federal law issues, and advise accountants to seek counsel before a marijuana engagement. That said, the following excerpts from some of those boards make it relatively clear that if pot is legal where the services are being provided, the board won’t be taking any action based simply on the provision of those services:

According to the AICPA, in a very helpful and comprehensive issue brief on the subject, “As of May 2015, the AICPA is not aware of any state boards of accountancy that have taken action against a CPA for providing services to a marijuana business, nor has the AICPA Professional Ethics Team received any referrals from state boards for such action.”

Here in Illinois, 2014’s Compassionate Use of Medical Cannabis Pilot Program Act created a four-year roll out allowing sick and dying patients suffering from debilitating medical conditions access to medical cannabis. The Act permits up to 22 cannabis-growing operations and 60 licensed retail dispensaries to operate across the state.

Illinois’ Administrative Rules supporting the medical cannabis program effectively mandate that dispensaries retain CPAs as they must engage in, and submit to the IDFPR, annual audits compiled and certified by an auditor or CPA.

So far, however, the Illinois Public Accountant Registration and Licensure Committee has yet to issue guidance on serving the medical marijuana industry in the state beyond advising CPAs to seek legal counsel before deciding to whether to provide services to a medical marijuana business.

While CPAs should definitely follow the Committee’s advice and seek out a professional licensing attorney for advice, I would anticipate that as Illinois’ medical marijuana program grows, and CPAs see an increasingly fertile area for business, the Committee will issue an opinion largely in line with states that have already concluded that serving the legal weed industry won’t harsh an accountant’s mellow from a disciplinary perspective.