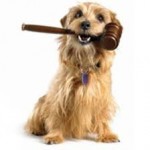 Your dog or cat may spend a lot of time lying around your house like a piece of furniture. Up until this year, a piece of furniture was an apt description of how Illinois law treated pets when their owners got divorced. Pets were considered items of personal property, subject to division under equitable distribution principles. But Illinois legislators finally recognized that our pets are much more than personal property, no matter how much they lay around. They are friends, companions, and family members.

That is why, as of January 1st, Illinois law allows judges to consider the post-divorce fate of pets much in the same way they do with children – by considering what is in the pet’s best interests or, to use the language of the new law, the pet’s “well-being.”

Public Act 100-0422 provides that spouses can enter into an agreement, or a judge can enter an order, “allocating the sole or joint ownership of or responsibility for a companion animal.” With the exception of service animals, which are excluded from this provision since they are critical to one of the two spouses, a “companion animal” under the new law could be any animal, not just dogs and cats. There are no doubt couples who have become very attached to their pet ferrets, potbellied pigs, and iguanas, and they too can avail themselves of the new law’s benefits.

While pets are no longer considered personal property, they must be considered a “marital asset” in order for a judge to allocate ownership and responsibilities between the spouses. As a practical matter, this means that only those pets acquired during the marriage are subject to the new law.

The issue of “pet custody” predates this change in the law, and the often-contentious nature of disagreements about pets during divorce was one of the reasons behind the new statute. What makes this law interesting is how judges may look at a pet’s “well-being.” For example, will a judge look at the relationship between each spouse and the pet, including who is responsible for their care and feeding, who takes it to the vet, or who walks it more? The law leaves “well-being” undefined.

As with all other matters involved in divorce, it is almost always better for a couple to reach a negotiated agreement about the care of their pet going forward. You can develop a “parenting plan” similar in many respects to the one parents must prepare. It can allocate time and responsibilities between the spouses, allowing them both to enjoy the companionship of their furry (or scaly) friend.

If you do decide to draft a shared “custody” agreement, don’t forget to include important details about which party will bear the costs of maintaining the animal. Include language that specifies who is responsible for veterinarian visits, grooming, food, and end-of-life decisions. You would be surprised how often people disagree on caring for terminally ill or ailing animals. Address these issues now before emotions take over.

If you have questions or concerns regarding this change in Illinois law, your pets, or any other issues relating to divorce, please give me a call at (312) 236-2433 or fill out my online form to arrange for a free initial consultation.