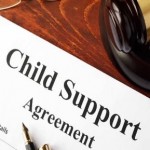 During a divorce, the more issues the parties can reach agreement on, the better. It is almost always in both spouses’ best interests to resolve disputed matters on their own rather than having a judge impose a solution upon them. But there are limits as to what parties can agree to, especially when it comes to child custody and child support issues.

Before any such agreements can become part of a final Illinois divorce decree, a judge needs to approve them to ensure that they comply with the law and are in the best interests of the child. But long after the ink has dried on the divorce judgment, parents may mutually decide to change arrangements as to custody, visitation, or support. If they do so without court approval, however, it may come back to bite them in a very costly way.

Several Illinois cases have dealt with variations of the following situations: A custodial parent “agrees” not to enforce the non-custodial parent’s existing child support obligations. Maybe the non-custodial parent agreed to no longer be involved in the child’s life in exchange for being released from his or her obligations, or perhaps the custodial parent decided not to push the issue for a period of time because the other parent had fallen on hard times. Sometimes, a parent may take no action for years to seek payment of past due child support amounts, leading the other parent to believe that they are no longer on the hook. But nobody ever asks the court to officially modify the support or custody arrangements contained in the final judgment for dissolution of marriage.

What inevitably happens next? The parent owed many years-worth of child support payments decides to file a motion seeking the past due amounts from the other parent, much to that parent’s shock and consternation. That shock will be compounded with the need to write a huge check when the judge rejects the arguments that there was an “agreement” or that it is unfair to expect payment of this huge sum all at once when their spouse sat on their hands for years doing nothing to enforce support obligations.

In the case of In re Marriage of Smith, for example, a mother petitioned the court to order her ex-husband to pay $60,000 in past due child support payments that had accrued over almost two decades. The husband claimed that the mother told him that she would waive her right to periodic support payments if he purchased several unspecified items for the girls, which he did.

The court found that no such agreement actually existed, and entered a judgment against the father for all past amounts due. But the court emphasized that even if there was such an agreement, it would be unenforceable, and any defenses premised on either an agreement or on a delay in seeking enforcement of child support obligations were invalid.

Specifically, the court held that:

All of the foregoing is not to say that divorced parents shouldn’t agree to changes to their support, visitation, or custody arrangements if they believe it would be mutually beneficial and be in the best interests of their child. But if a judge doesn’t sign off on that agreement, it isn’t worth whatever paper it may have been printed on.