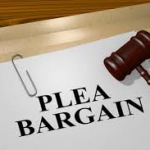 If you are facing criminal charges, you have a lot to worry about. Depending on the nature of the charges, you could be facing thousands of dollars in fines, months or even years behind bars, and a stain on your reputation that can follow you around for decades. If you are also a licensed professional, the outcome of your criminal case could have a profound impact on your ability to continue earning a living in your chosen profession.

In a perfect world, you would be able to beat the charges, put the ordeal behind you, and return to your life with minimal disruption. Many times, however, the prospect of severe criminal consequences upon conviction – and the substantial attorney’s fees you will incur win or lose — can make a plea bargain with prosecutors an attractive proposition.

If you can avoid being separated from your family by pleading guilty to a lesser offense or by agreeing to other terms proposed by prosecutors, you may understandably jump at the chance. That’s one reason that more than 90 percent of state and federal criminal convictions are the result of guilty pleas.

But you need to take a long, hard look at the terms of any such offer and the implications it can have on your career before you leap into a plea bargain. While no jury or judge has found you guilty of a crime, you are effectively declaring yourself guilty when you enter into a plea bargain. In the eyes of most Illinois professional licensing laws and the Illinois Department of Financial and Professional Regulation (IDFPR), guilty is guilty, and your license may be at immediate risk for suspension or revocation once you sign on the prosecutor’s dotted line.

Almost every Illinois licensing statute makes certain criminal convictions a basis for disciplinary action. The Illinois Physical Therapy Act provides a typical example of how criminal convictions are treated under state licensing acts. It states that a therapist’s license can be denied, revoked, suspended, or subject to other disciplinary action for:

Conviction of any crime under the laws of the United States or any state or territory thereof which is a felony or which is a misdemeanor, an essential element of which is dishonesty, or of any crime which is directly related to the practice of the profession; conviction, as used in this paragraph, shall include a finding or verdict of guilty, an admission of guilt or a plea of nolo contendere;

Note that the statute makes no distinction between a guilty verdict and admission of guilt. Also note that the language, which is substantially similar to that in other licensing acts, only involves convictions for crimes involving “dishonesty” or those “directly related to the practice of the profession.” But these categories can encompass a wide range of criminal offenses, from fraud, shoplifting, and embezzlement to drug possession or driving under the influence, depending on the profession.

In some cases, prosecutors may condition a plea bargain on the defendant voluntarily relinquishing their license, often permanently. While some licensing acts allow for reinstatement after a period of time has passed after a conviction for certain offenses, a voluntary agreement to give up a license can take away that opportunity.

If you are being prosecuted for a crime and are offered a plea agreement which involves surrendering your license, it is critical that you consult with both your criminal defense attorney as well as a professional licensing lawyer to discuss the implications of such an agreement. After all, whether or not you serve any time, you will need to make a living when your criminal justice ordeal is over.